I like neovim and using git via the cli. Git has some options to customize specific tasks, for instance solving merge conflicts using git mergetool. In this blog post I’m going to demonstrate how to setup git and neovim to solve git merge conflicts without the need of an additional GUI tool.

To achieve this there are a few prerequisites:

Next Git’s config has to be updated in one of the following places:

To update such files different approaches can be considered.

This only registers a variable which still needs a command to be executed.

A short notice what is actually being executed here:

Inside the git config file it should look similar to this:

Entering git mergetool will then parse all merge conflicted files and populate them iteratively to the mergetool command. 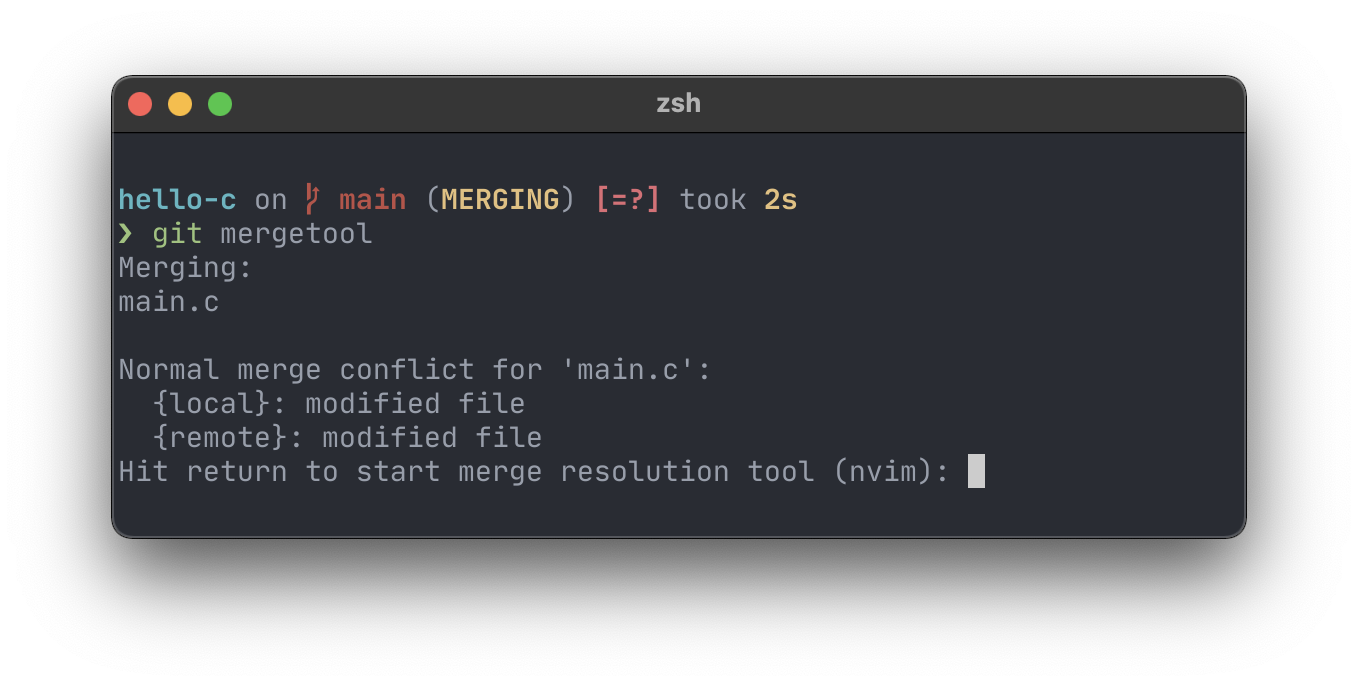 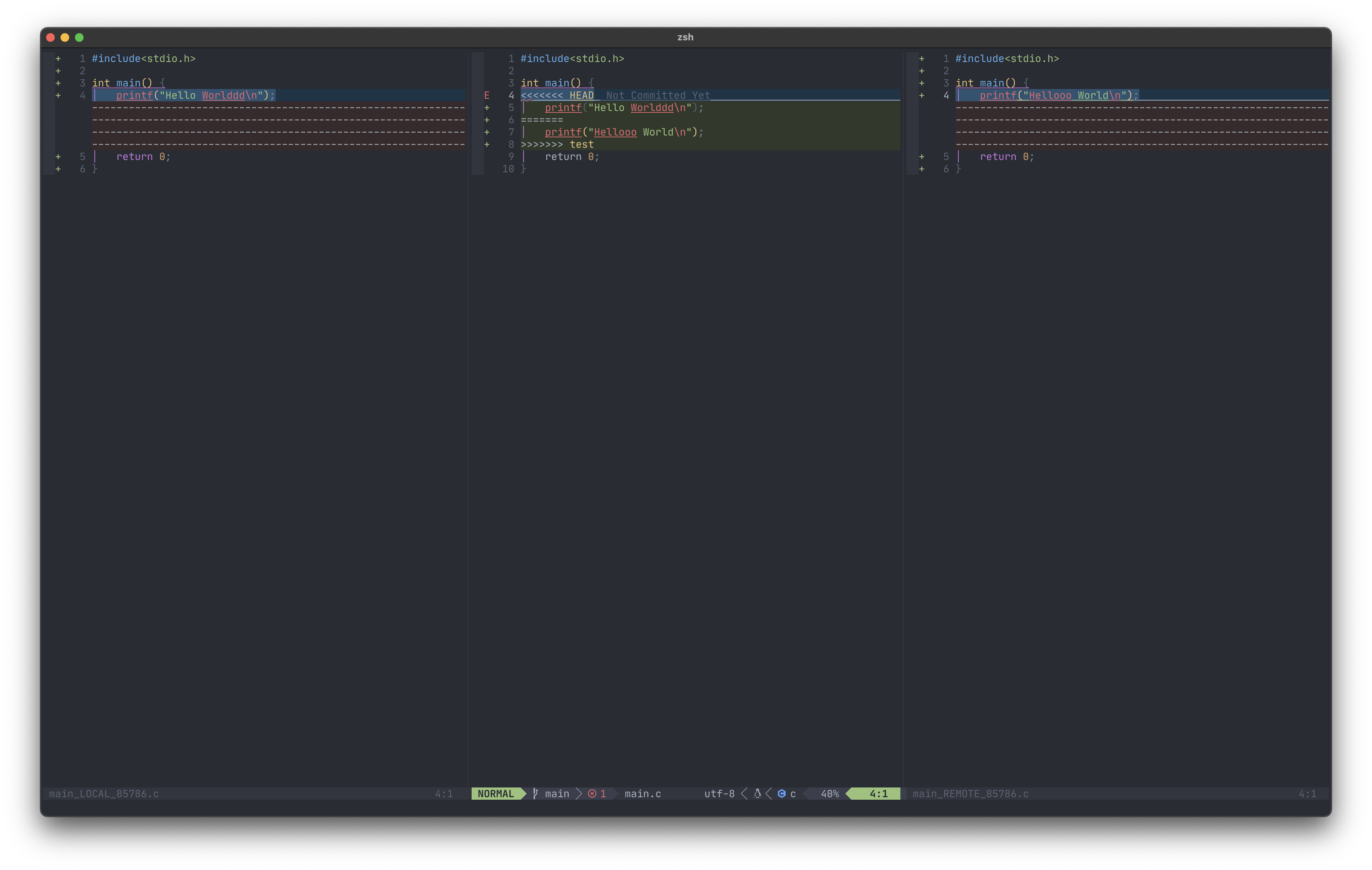 :diffget local will use the left diff from the local changes and :diffget remote vice versa.

To jump to the next change use [c.

After resolving all conflicts for a given file :wqa finishes the process and populates the next merge conflicted file into a new diffview.

Furthermore git will also place backup files of the originals inside the git repository, unless git config contains keepBackup = false. Git will also ask before any merge conflicted file is opened in a diff, unless prompt is set to false.

This is just one approach among many, but it works quite well for me.